You are here: Home » News » News & Events » How important is the future of the blow mold industry?

How important is the future of the blow mold industry?

The blow mould industry such as the pet blow moulding manufacturer and blowing bottle mould factory are manufacturing outfits saddled with the production of various mould forms specialized for different purposes in the food and beverage industry, pharmaceutical industry and others are currently undergoing an upsurge in the demands of its products.

This industry as a whole is experiencing a market growth of approximately 3-5% annually and according to experts, there will be an unprecedented growth by the end of 2022. However, a lot comes with this, considering the skills needed to keep up with the demands of the 21st-century manufacturing. Here are some points that speak summarily on the future of the blow mould industry and its applicability from the manufacturer's standpoint. 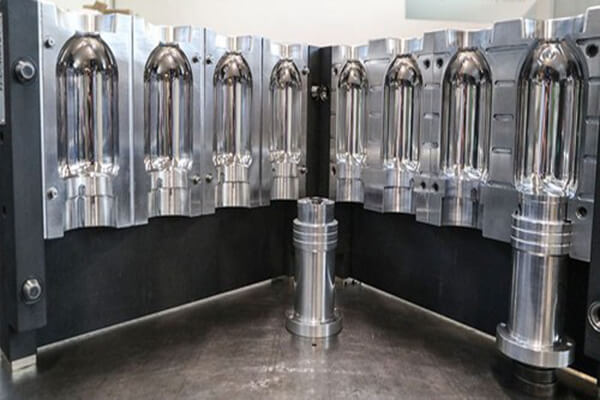 The face of manufacturing is rapidly changing and more technologically driven machines are churned out to meet the demands of the time. Mould manufacturer needs to pay close attention to the customer to await their needs and respond appropriately. Sometimes, customers may hand in a request for a unique design of a special machine that will trigger and help mould manufacturer in designing innovative products.

Pet blow mould manufacturer is open to accommodate the use of new materials of superior advantages of recyclability such as the extrusion-grade PET that could replace PC and PVC.

To close the gap in the growing demand, mould manufacturer must not only invest much in a new facility that can improve the productivity of the industry but also place a premium on the people investment.

A very dynamic way of doing this is to invest in young minds to generate mind-blowing ideas that will put the industry on the path of unprecedented progress.

Blowing bottle mould factory, just like every other industry are working very hard to ensure that new mould and machines that are of higher productivity are produced. By this, new and advanced features that will enhanced blow mould machines uptime are installed, and with such features.

Amazing about such advanced features is the fact that they help to increase machine uptime as well as increasing the productivity of the companies using such machines. More so, there are new technologies that allow for a quick changeover in the moulds functions so as to allow one machine to effectively perform the work of two or three machines. With this, process problem is detected faster by more target alarm codes and solved quickly.

Uniquely designed mould with the help of computer are highly effective as well as reliable.

There is no doubt about the fact that there is an upsurge in the demand for mould products from different establishments.

However, the customers will always go for the superior-quality machines and so to stay relevant in the manufacturing business and to beat the competition.

In order for this to come true, there is a need to embrace the recent trend in the technology as well as innovative inputs that are currently on the increase, especially in the blow mould industry.